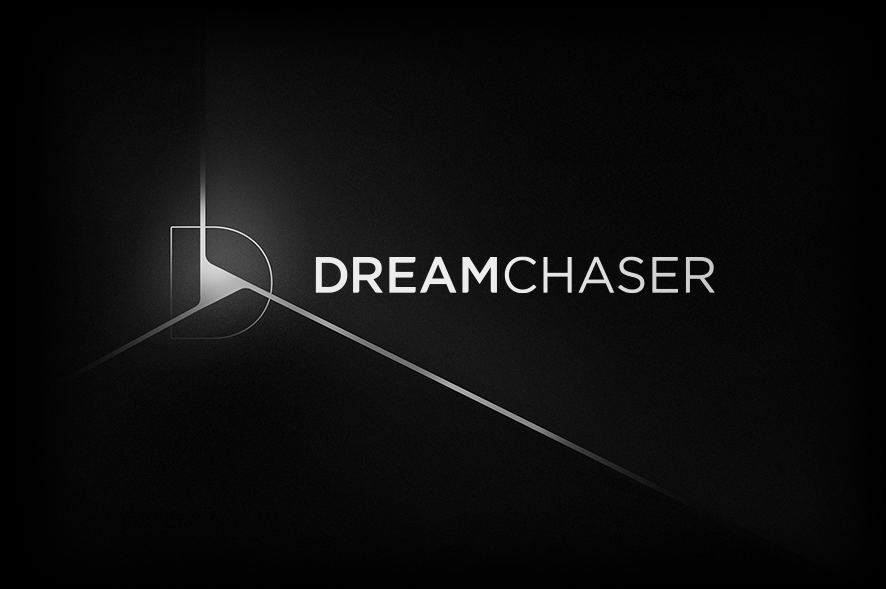 A Dreamchaser is an individual with the courage to follow their heart and the belief to succeed in the path that they take.

Dreamchaser is a contemporary Australian content studio. We partner with Australia’s leading creators to develop, finance, produce, and distribute premium content across all genres for the global film and television market. Our aim is to harness the dreams of Australian creatives and make them a reality.

Founded and led by two of Australia’s most successful and trusted executives – Hugh Marks, one of the country’s leading Broadcasters, Producers & CEOs, and Carl Fennessy, an internationally acclaimed producer and content entrepreneur – Dreamchaser brings together an experienced management team with a proven record of world-class, full-service execution.

With the backing of global content powerhouse Endeavor Content, Dreamchaser provides a unique home for creators to develop exceptional programming slates, cultivate distinctive creative identities and bring the next generation of Australia’s most ambitious and imaginative stories to the world. 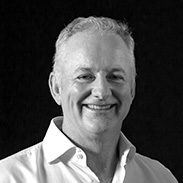 Hugh Marks has over 25 years’ experience as a senior executive in content production, broadcasting and digital media, both in Australia and overseas. Hugh’s most recent role was as CEO of Nine Entertainment. Over his five years as CEO of Nine, Hugh transformed the business from a legacy broadcasting business with a market capitalisation under A$1 Billion to a future focussed A$5 Billion digital media business with market leading interests across each of Broadcasting, Publishing, Streaming, Marketplaces and Radio. Including driving and successfully integrating Australia’s largest recent media transaction through the merger with Fairfax Media and acquisition of minorities in Macquarie Radio.

Prior to Hugh joining Nine for the second time in his career in 2015 (he also worked at Nine between 1995 and 2002, joining as legal counsel and becoming head of Nine Films and Television), he had ownership and management interests in a number of independent companies providing content for broadcast and pay TV, talent management, and digital video production. Hugh was an authority member of the Australian Communications and Media Authority for more than two years. Previously he was CEO of the ASX listed Southern Star Group, Australia’s then largest independent production and distribution group. 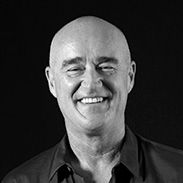 Carl began his career in Australia at the Seven and Nine networks in Melbourne. In 1993, he joined forces with his brother Mark to launch their first production company Crackerjack.

In 2006, Carl and Mark sold Crackerjack to UK production giant FremantleMedia. Carl served as Chief Operating Officer of FMA until 2009. At FremantleMedia, Carl and Mark oversaw hits such as MasterChef Australia, Australian Idol, So You Think You Can Dance, The Biggest Loser, The Farmer Wants A Wife and Australia’s Got Talent.

In 2010, the brothers launched Shine Australia where Carl and Mark served as joint-CEOs. Shine quickly became the dominant production company in the Australian market with an extraordinary slate of programming including MasterChef, The Voice, INXS: Never Tear Us Apart, The Bachelor and Gogglebox.

In 2011, Carl was appointed CEO of Shine America and relocated his family to Los Angeles. His production credits at Shine America include the US productions of MasterChef, The Biggest Loser, The Office, The Bridge, Minute To Win It, The Face and more.

Since 2010, programs produced under Carl’s leadership have collectively been awarded with 12 Logies, 34 AACTA Awards and an International Emmy Award. In 2017, Carl and Mark also topped the Australian Financial Review’s Power List as the most powerful influence on Australian culture. 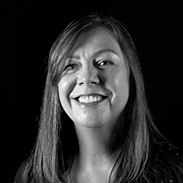 Sara Horn is the Chief Operating Officer for Dreamchaser Entertainment. Prior to this Sara was the Managing Director of Production & Operations at Endemol Shine Australia, managing a large team across a diverse production slate including MasterChef, Gogglebox, Survivor, LEGO Masters, Married At First Sight, Ninja Warrior, Big Brother and more. Preceding this, Sara held the position of Director of Production first at Crackerjack Productions and then for four years at FremantleMedia Australia.

Whilst at Endemol Shine Australia, Sara held a concurrent role as the Global Chair of Endemol Shine Giving leading the plastic-free pledge and sustainable production drive across Endemol Shine Group worldwide. This dovetailed perfectly with Sara’s passion and expertise in driving integration of sustainability practices across the screen production industry. This passion has led to Sara being a co-founder of Sustainable Screens Australia, an industry led initiative working to reduce the environmental impact of the Australian film and television industry.

In 2018, Sara was awarded a Masters of Business Administration by the Macquarie Graduate School of Management. 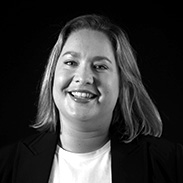 Monique Keller is the head of development for Dreamchaser. Prior to this she worked with Fremantle Australia on a slate of factual and scripted projects and with Audible ANZ to commission and oversee a slate of award-winning original podcasts. Monique was based in Los Angeles for several years and worked with Amazon Studios as an original movies executive on over 30 award winning narrative and documentary titles. Monique is an alumnus of USC’s Peter Stark Producing Program, and judges for the Producers Guild of America’s Debra Hill Fellowship and the Jesse Cox Audio Fellowship. 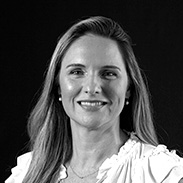 Megan is Dreamchaser’s Chief Financial Officer, a chartered accountant with over 20 years media experience, she is responsible for all aspects the finance function.

Megan has a particular passion for television production, having previously worked at Endemol Shine and prior to that she spent 9 years holding various senior finance positions at ITV in Sydney, London and Los Angeles.

Megan joined ITV from Ernst & Young’s Media and Entertainment practice, where she worked for over 10 years across a portfolio of global entertainment businesses in London, Sydney and New York. 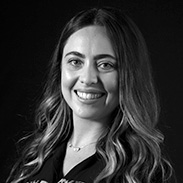 Jessica joined Dreamchaser in April 2022 as Executive Assistant & Office Manager to Hugh Marks, Carl Fennessy and the executive team. With 10 years’ experience in the television industry, Jessica brings a wealth of operational, events and EA experience to the studio and has been responsible for all aspects of the day to day running of the business since its launch.

Prior to joining Dreamchaser, Jessica served as an EA at Endemol Shine Australia for 10 years, providing high-level administrative support to the company’s directors across multiple divisions. 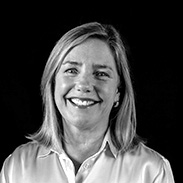 Debbie Cuell is a creator and Executive producer of Documentary and Factual Entertainment programs.

In her recent role at Endemol Shine Australia Debbie looked after the slate of factual programs, including Old People’s Home For 4 Year Olds Series 1. Broadcast on the ABC, it touched the hearts of Australian viewers and shone a light on our often-forgotten older Australians. The series was critically acclaimed in Australia and internationally winning an AACTA for Best Documentary or Factual Program and the 2020 International Emmy Award for best Entertainment Program.

Debbie then went on to Develop and Executive Produce Series 2 of Old People’s Home For 4 Year Olds. It too critically acclaimed winning the 2021 AACTA for Best Documentary or Factual Program, and GRAND GOLD at the New York TV and Film Awards for Documentary Social Issues.

In her previous role in 2017 as Head of Entertainment at the ABC Debbie led a large national team and managed the production, and delivery of a mix of original content and formats, including Panel/Shiny Floor, Factual Entertainment, Observational Documentaries, and unscripted comedy.

In 2022 Debbie launched her production label “Sparkle Pictures” in an exclusive partnership with Dreamchaser.

Debbie is known for bringing integrity and heart to all that she produces. 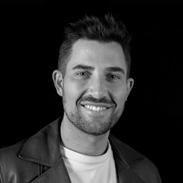 An acclaimed and respected television executive, Leigh has put his stamp on Australian television working on large scale and highly successful entertainment shows.

Leigh has been a part of The Voice, since its inception a decade ago, working as the show’s executive producer for the past seven seasons. In addition to bringing The Voice main series to Australian homes, he has also produced the spin off’s The Voice Kids and The Voice Generations which have been the perfect outlet for his creativity and love of entertainment shows. In this time Leigh has worked with his team to continually reinvent the show and to make The Voice, Australia’s longest running and most successful entertainment programme. In the time that Leigh oversaw The Voice for Shine Australia, he was also the executive producer of the Channel 10 reboot of So You Think You Can Dance.

Leigh started out his career in the UK on a working visa when he got his first job as a runner on a British home improvement show for a relatively new company at the time called Shine. Following his stint in the UK, he returned home where he produced other hit shows including MasterChef, Australia’s Next Top Model, The Apprentice, Project Runway, The Biggest Loser and The X Factor, amongst others.

Leigh is passionate about producing high quality television shows, working closely with talent, fostering an inclusive and collaborative environment for his team and applying his creativity through the medium of television. 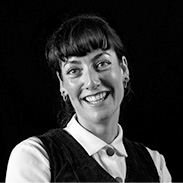 After finishing a degree in Journalism at the University of Leeds, Emma made the move into television production working on shows such as Xtra Factor (ITV), Britains Got Talent (ITV), Strictly Come Dancing (BBC), and Lets Dance for Comic Relief (BBC).

Emma quickly built a reputation as an excellent self shooter who could glean comedy and insight from contributors across a range of shows.

In 2009 she became a Producer Director at the age of 24 working on the successful BBC3 show Move Like Michael Jackson. She then went on to Produce and Direct both Louie Spence’s Showbusiness (Sky) and A Different Breed (Sky), Where she delivered some of the best shows of the series.

In 2011 she was awarded as one of Broadcast Magazines “Hot Shot Directors” which seeks to showcase industry names, under the age of 30 who are making their mark. After moving to Australia in 2012 Emma has worked across a huge range of shows…..The Amazing Race (Seven), Instant Hotel (Seven), I’m A Celebrity Get Me Out Of Here (ITV), The Voice (Nine), The Real Housewives of Sydney (Foxtel).

She served as Co-Executive Producer on ratings giant “Married At First Sight” (Nine) for four series, and was instrumental in making it one of the most successful shows in Australia.

Emma is launching her production label Mischief Maker in an exclusive partnership with Dreamchaser.

Use the adjacent form for enquires.

Dreamchaser acknowledges Aboriginal and Torres Strait Islander peoples as the First Australians and Traditional Custodians of the lands and waters on which we live, work and play. We pay our respects to Elders past, present and emerging.